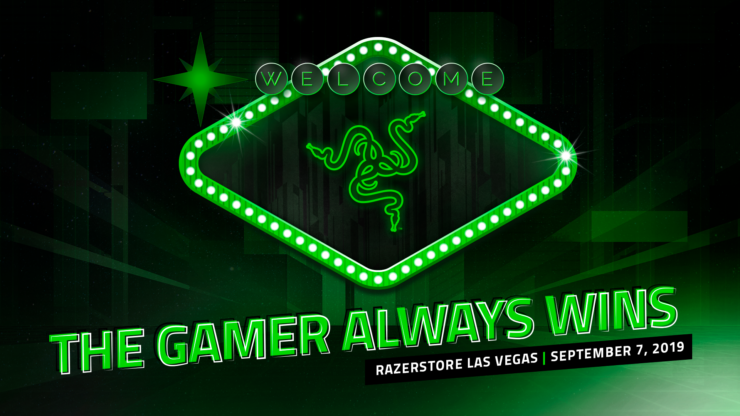 Razer, a leading brand in lifestyle for gamers, has announced the Grand Opening of RazerStore Las Vegas (LV). This will be Razer’s largest global store to date and its second store in the U.S. after San Francisco. Razer’s retail expansion into Las Vegas will further electrify the esports and gaming scene in the city best known for sports and entertainment.

Building A Retail Presence – A Different Approach To Selling Hardware

The RazerStore LV will be located at The LINQ Promenade, 3545 S. Las Vegas Blvd. #L27, Las Vegas, Nevada, 89109. It will open to gamers and the general public on Saturday, Sept. 7, at 12 p.m. PDT. The street-level space at The LINQ Promenade provides the perfect solution for Razer to greet its game-loving guests. With nearly 22 million global visitors annually, the Promenade represents one of the busiest locations just off the Strip. 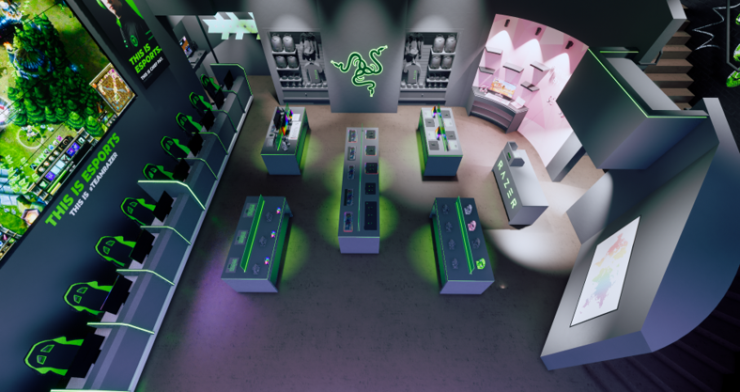 “It was totally natural for us to build our next retail presence in Las Vegas, where so many of our fans would be able to experience and enjoy our entire gaming ecosystem,” says Christine Cherel, Global Director of RazerStores. “Together with Caesars Entertainment, we have been scouting for the perfect spot for over a year – and now we have found it, right at the heart of one of the best places for entertainment in the world.”

A Potential LAN Center In The Making

RazerStore LV will serve to encourage and foster an avid gaming community. In collaboration with Razer partners and The LINQ Promenade, esports and gaming events will be organized weekly. 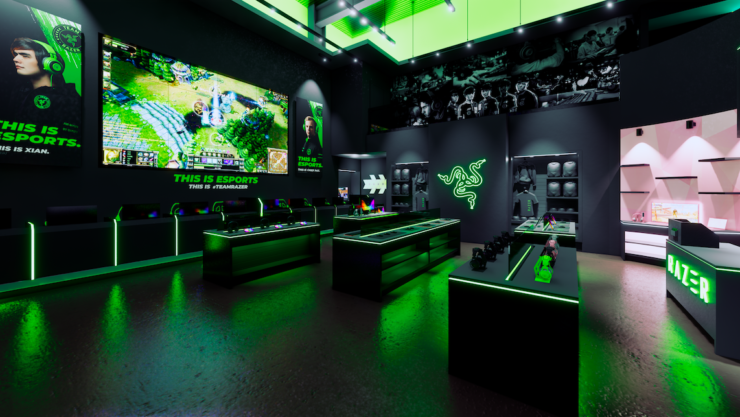 “The introduction of Razer to The LINQ Promenade will create an immersive destination for gamers at the heart of the Strip,” said Shaun Swanger, senior vice president of attractions, retail, and leasing for Caesars Entertainment. “With the addition of Razer, The LINQ Promenade and Las Vegas continue to thrive as the global epicenter of tourism, technology, and entertainment.”

Related Razer Viper Strikes At The Speed Of Light

The new brand gallery and retail store will cover about 2,400 square feet over two levels. The centerpiece is a massive 16-HD-panel-display wall broadcasting interactive live streams and tournaments in full surround sound to onlookers inside and outside. PC gamers can set new records playing the latest blockbuster titles on the award-winning Razer Blade gaming laptops, while console gamers can compete head-to-head in fighting games on Panthera Evo arcade sticks or Wolverine controllers. Mobile gamers can also relish in their gaming prowess on the 120-Hz display-powered Razer Phone 2. 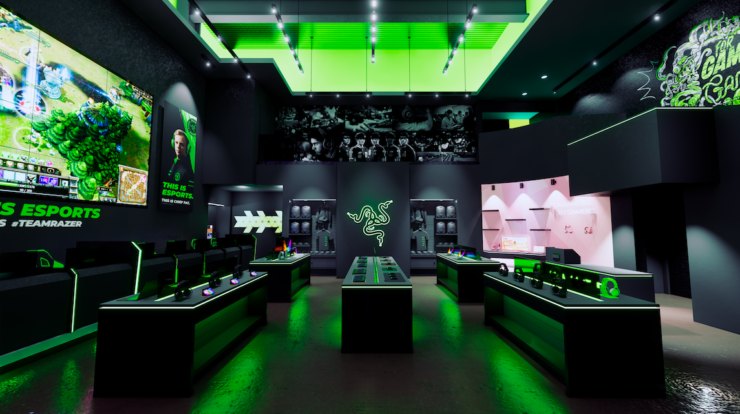 Each floor will have different experience zones, allowing gamers to explore the full richness of the Razer ecosystem during their stay. The lower level features ten battlestations capable of hosting 5v5 gaming tournaments, as well as a Quartz Pink lair decked with the fan-favorite pink gaming gear, and Razer Chroma lighting solutions from Nanoleaf and Philips Hue. Here, gamers will also find a dedicated Chroma room to deep-dive into the next level of gaming immersion. On the upper-level mezzanine, streamers can pop into the Razer Streaming Lounge to start off an instant live stream to their fans.

Opening day celebrations will include a live DJ performance, gaming competitions and attendance from major gaming influencers MissesMae, OpTic DI3SEL, AvaGG, and Jericho. Thousands will have their shot at door prize entries and giveaways, as well as a first chance to play Xbox’s new Gears 5 in advance of its worldwide release on September 10th.