With Stadia expected to launch sometime next month, Google in recent weeks has been ramping up the game streaming service’s press tour. The latest provides a look at the user research and design of the Stadia Controller.

Popular Science spoke to Google about what went into designing Stadia’s only piece of consumer hardware. For starters, Google rejects observations by some that the first-party accessory is just a mismatch of the Xbox Wireless Controller and PlayStaton DualShock 4.

Another step involved letting test subjects play with clay to mold their desired grips, as well as letting them place thumbsticks on a mock device. Other considerations include the “angle of the protruding hand grip” and curvature. 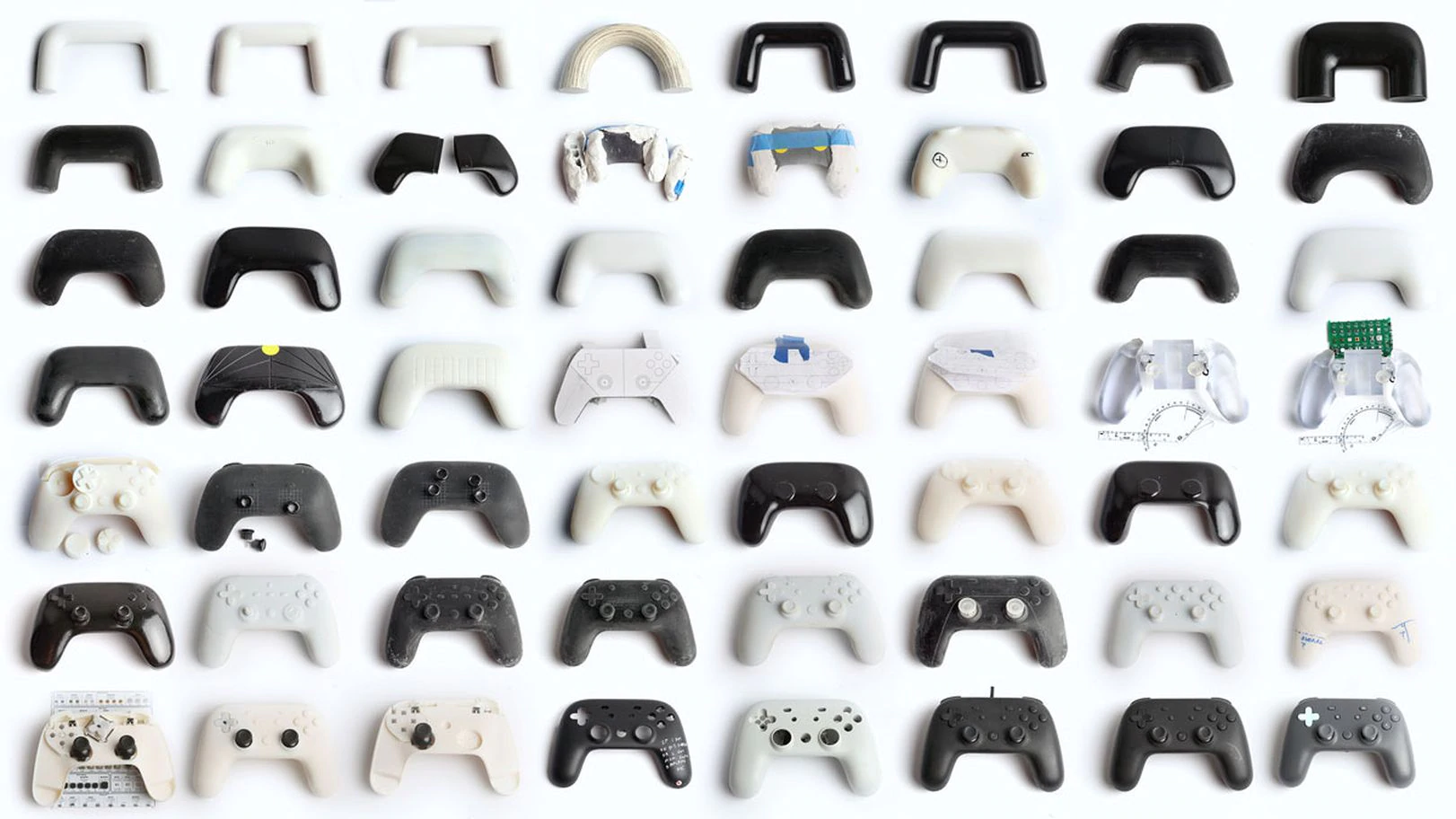 In all, Google says it made hundreds of prototypes, with the ones shown off today sticking to mirror placement for the joysticks, as well as D-Pad and A/B/X/Y.

There was some differentiation in where to put the Stadia button, with one prototype [row 6, column 7] positioning it at the top, just like Xbox. Others [row 6, columns 2-3] laid the Assistant, screen capture, overflow, and menu buttons in a row before Google arrived at the nesting, face-esque appearance today. A number of color options were also trialed, specifically the thumbstick and underneath accent.

The Stadia Controller is unique for directly connecting over Wi-Fi to a server instance in the cloud. This results in the lowest-latency experience possible. Charging over USB-C, there is also a 3.5mm headphone jack, though Bluetooth audio is coming in a post-launch update. It costs $69 standalone and can also be purchased as part of the Founder’s or Premiere Edition.