When Android 10 officially rolled out, dark mode aficionados were a bit miffed to see that several of the apps that were still white hadn’t been updated yet. The Google app, Play Store, Maps, and Gmail were the biggest holdouts, but now the last one is finally getting its darkness on.

Signs of Gmail’s dark mode had been popping up left and right — in the settings, widget, and splashscreen — then our first real look at the entire app in dark came from Android 10’s official site. Now, it’s rolling out server-side to some users on v2019.08.18.267. 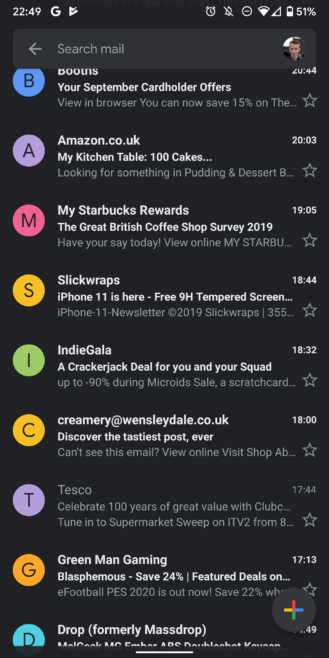 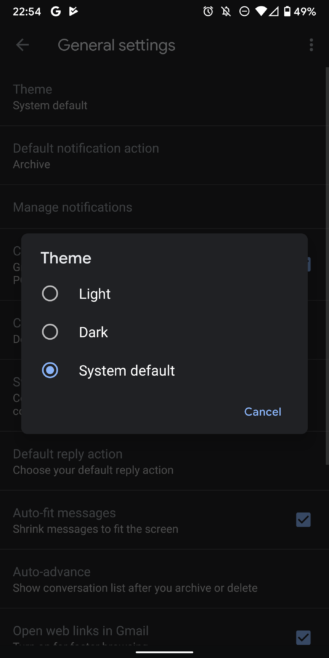 If the invisible forces are in your favor, you should see a theme menu in settings with options to force Gmail to always light, dark, or follow the system default. If you haven’t been blessed by the Google gods, you can either be patient or manually enable it. Reddit user u/careslol found a way, but it requires root: